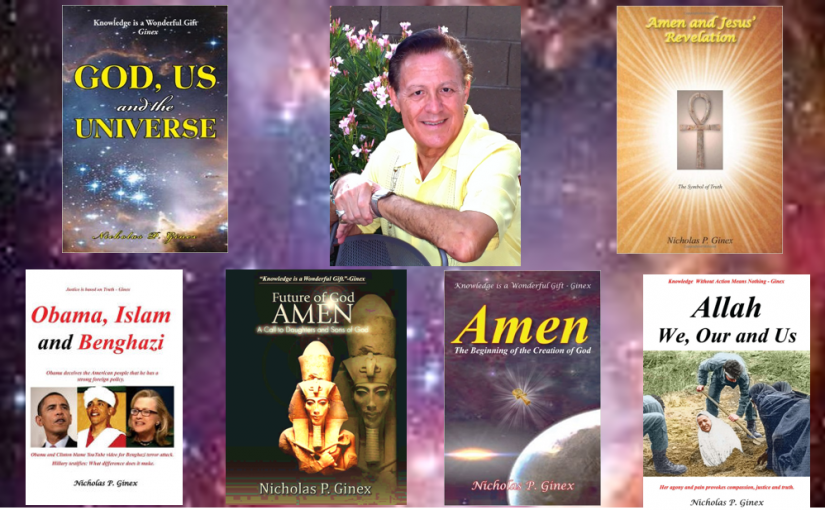 What was once questionable has become a reality, the first African-American President, Barack Hussein Obama II, the son of a Kenyan-African father and a Caucasian-American mother, is indeed the first Muslim-American to be president of the United States. This reality is confirmed by facts that Obama is a Muslim by birth, was indoctrinated in the Qur’an at a young age, and has consistently exhibited an affinity for Islam and the Muslim people.

On June 12, 2010, Pamela Geller reported that Egyptian Foreign Minister Ahmed Aboul Gheit said he had a one-on-one meeting with Obama, in which President Obama told him that he was still a Muslim, the son of a Muslim father and stepson of a Muslim stepfather. Obama’s African half-brothers in Kenya are Muslims and he told the Egyptian President that he was sympathetic towards the Muslim agenda. However, before we examine why Barack Hussein Obama II is the first Muslim-American president, all people should be knowledgeable what is a Muslim and learn the history how Islam grew to become an Islamic Theocratic Empire.

Muslim defined: From the Arabic word muslim; a Muslim is one who submits to Allah, the God envisioned by the Saudi Arabian prophet Muhammad and documented in the Qur’an 20 years after his death by his followers known as his Companions. The core belief of the Islamic religion is the existence of one God and complete surrender to Him; one who surrenders to Allah is a Muslim.

Brief history of Islam: After the death of Muhammad in 632 CE, in only 29 years, Muslim armies created an Islamic Empire that extended over an enormous territory, stretching from India to Spain and on the other side of the Mediterranean, captured all of North Africa, including Africa’s east coast down to Madagascar. History verifies that Islam is a religion that has grown by taking the wealth of other countries, will not tolerate the existence of other religions, and forced conversion to Islam not through peace and love but by the choice to either pay a tax to survive or be killed.

Brief Obama Biography: Prior to publishing Dreams from My Father, in 1991 Obama approved his then-literary agent, Acton & Dystel, to release a promotional booklet which stated “Obama was born in Kenya and raised in Indonesia and Hawaii.” This booklet provided a brief biography of Obama, which is cited below with a photo. The bio is an extract from an article by Dean Garrison, posted on the Internet April 6, 2014 with the title, Unexploded Bombshell: Barack Obama Admits to Being Born in Kenya.

Barack Obama, the first African-American president of the Harvard Law Review, was born in Kenya and raised in Indonesia and Hawaii.  The son of an American anthropologist and a Kenyan finance minister, he attended Columbia University and worked as a financial journalist and editor for Business International Corporation.   He served as project coordinator in Harlem for the New York Public Interest Research Group, and was Executive Director of the Developing Communities Project in Chicago’s South Side.

Obama a Muslim: Many years since Obama’s approval of the promotional booklet, the Obama administration and supporters have claimed that the bio indicating Kenyan birth was due to a careless error. But this is a lame excuse because the author controls and approves written material prior to publishing. However, let us not dwell on whether Obama approved his Kenyan birth in the biography printed in 1991 and return to his statement to the Egyptian Foreign Minister that he is indeed a Muslim. This is not a bad thing. A Muslim with American values, morality, and national pride can be president of the United States. What is of great concern, is his lies that he is a Christian when his actions publically reveal he supports the Muslim people and his faith, which is Islam.

Figure 1.  Presents a parody of Obama’s affinity for Islam influenced by his Muslim birth and indoctrination as a young boy.

In an ABC interview in September 2008 with George Stephanopoulos, Obama had a lapse of cognitive memory when he absent-mindedly stated, “you’re absolutely right that John McCain has not talked about my Muslim faith, and . . . ”   Here, Mr. Stephanopoulos quickly stopped Obama by correcting him saying, “your Christian faith.” Obama corrected his slip by saying, “My Christian faith –  well, what I’m saying is….”  It could not be more clear that within his heart and mind Obama is a Muslim whose faith is Islam.

Nearing the end of eight terms as president, Obama has never associated Muslim terror attacks in America as being motivated by Islamic ideology. A clear case is the Fort Hood massacre by an Army psychiatrist, Major Nidal Hasan, who was an Islamic follower.  Early in Obama’s administration, in November of 2009, Hasan shot 13 soldiers to death and wounded twenty-eight.  Conforming to President Obama’s policy of ‘political correctness,’ efforts were made to cover-up Muslim terrorism.  Muslim Brotherhood operatives appointed by Obama in the Department of Defense and federal law enforcement agencies classified the shootings in Fort Hood as an act of workplace violence instead of an act of Islamic terrorism.  What seems to drive Obama to refuse to associate Islamic ideology with terror attacks in America?

Obama Indoctrination: Few people know that President Obama has an affinity for the Muslim people and Islam because, unknown by most people, he was indoctrinated in the Qur’an as a young boy. This fact has been overlooked due to the ineptness of the American media and their acceptance of the White House initiative to focus on “political correctness” rather than on truth and facts.  Obama was indoctrinated into the Islamic religion at a very early age and having lived in Muslim communities well into his teen years it is understandable that he has deep feelings for Islam, the Muslim people, and their religious beliefs.  This is why Obama has publically claimed to the American people that, “Islam is a religion that preaches peace.”   It is apparent that Obama’s indoctrination has affected his adult reasoning for he firmly believes that Islam is a viable and peaceful religion – a view contrary to Islam’s past history and the terror attacks currently experienced in the real world.

Islam defined in the Qur’an: Muslims are indoctrinated with the Qur’an to believe that Islam is the true religion, the religion of truth, and Allah will make it prevail over every other religion (Qur’an 9:29 and 9:33).  Islam as the true religion of truth has formed Obama’s view of Islam as being a religion of peace. He stated on April 6, 2009, “The United States is not and will never be at war with Islam.” This is a distorted and naive view when countries in Europe, Asia and Africa have felt the terror of Islamic terrorism. The influx of millions of Muslim immigrants into their countries have affected their way of life as Muslims will not assimilate another culture’s values but hold onto the inculcated dogma of the Qur’an. To fully understand what’s in the Qur’an, the book Obama, Islam and Benghazi presents many suras that incite bigotry, hatred, violence, and the killing of people who have religious views other than Islam. This book reveals Obama’s early Islamic indoctrination, why Islam is a threat to countries around the world, provides details about the Barack Obama-Hillary Clinton Benghazi deception, and presents 36 questions for the Select Committee on Benghazi. It is hosted as a free read on the Internet via the link below:

The Obama Threat: There are deep concerns by Americans of Obama’s actions as he appears to be intent on defending Islam and supporting Muslims then the American people.  Two weeks after the deaths of four Americans by Islamic terrorists in Benghazi, on September 25, 2012, Obama announced a threat to world members in the United Nations General Assembly by stating,

“The future must not belong to those who slander the prophet of Islam.”

This threat was in reference to a YouTube video as having stimulated the attack in Benghazi.  It was Obama’s attempt to blame the terror attack on a distasteful video that initiated a spontaneous reaction rather than admit it was a preplanned attack by Islamic terrorists.  Obama’s response reflects the years of Islamic indoctrination that does not leave the inculcated mind even though he had the benefits of an education received at such American universities as Harvard and Columbia.  As one carefully reads the above threat, one deduces that these are the words of a powerful Muslim leader – not the President of the United States.

Obama-Iran Nuclear Deal: What is astounding is that President Obama’s indoctrination in the Qur’an causes him to truly believe, “Islam is not part of the problem in combating violent extremism – it is an important part of promoting peace.”   It is not surprising that today Americans are convinced President Obama is not only the first Muslim-American to hold office but has been an exceptionally weak president in protecting American interests abroad and at home.  He facilitated the Obama-Iran Nuclear Deal that gave Iran 150 billion dollars.  This deal infuses Iran’s economy and continued development of a nuclear bomb.  It was a naïve strategy to control Iran’s nuclear-missile capability.  What is insane, is that Obama pushed for this foolish nuclear deal even as Iran’s leader and thousands of Muslims were chanting death to America, the British and Israel!!

The First Muslim-American President: The conclusion is evident; Barack Hussein Obama II is the first Muslim-American President that truly believes in Islam and has an affinity for the Muslim people.  That is why today, he supports large-scale immigration of Muslims even if it may destroy the values and culture of America, as it already has in European countries.  Figure 2 presents a redesign of the American flag due to his efforts to transform America with Islamic domination.

Figure 2.  Islamic Republic of America Flag – Future USA Islamic Flag.  The stripes read:  There is no God but Allah and Muhammad is his Prophet.

Pro or Con Commentary: Your comments are welcomed to discuss if Barack Obama is, or is not, the 1st Muslim-American President of the United States.  I look forward to any comments or related thoughts about this article.

Two videos of the book, Obama, Islam and Benghazi are provided below:

One thought on “Obama, the First Muslim-American President”