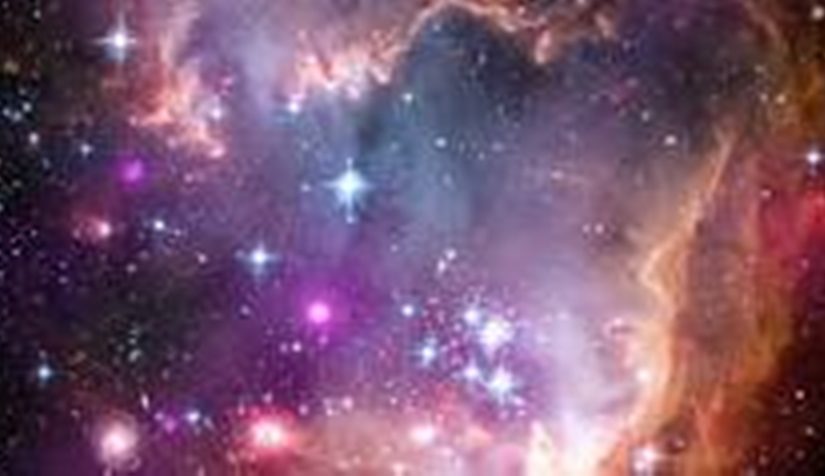 Article Description: The phenomena of pulsars, quasars and black holes throughout the universe emits radiant energy and matter back out into the universe, which cause the creation of star-filled galaxies. These phenomena challenge the accepted idea that one Big Bang singularity created our universe. Nicholas Ginex concludes that all things have a beginning, even our universe. He believes there is a conscious force that ultimately desires to create conscious-living entities. He further hypothesizes that this unknown force is to enable such entities to eventually understand the creation of the universe and the purpose of their existence.

Author Comment: Scientific findings in quantum physics confirm that particles throughout space have evolved to form atoms that have become the basic building blocks of matter throughout the universe. Did an infinite number of atoms form the Big Bang singularity that exploded matter to populate the universe or, was it due to atoms creating pulsars, quasars, and black holes that emit energy and matter back into the universe to form billions of star-filled galaxies? In either case, is there a purpose of the universe to cause the creation of conscious-living entities?

Quantum Physics and Consciousness Versus the Big Bang

It is evident from discoveries by quantum physicists that particles evolved into atoms. Through the force of gravity, infinite numbers of atoms coalesced to form enormous stars. We learned though the astrophysicist, Carl Sagan, that stars can become unstable or explode due to gravitational forces that cause extremely high pressures and temperatures. The gravitational forces are so immense that astronomers have found it is responsible for pulsars, quasars, and black holes to exist. These entities eventually reach a state whereby they will explode or emit matter, gases, and radiant energy back out into the universe. This is a continuous process that creates the millions of stars that develop multiple galaxies throughout the universe.

It becomes obvious that gravitational forces create such intense heat and high pressures in pulsars, quasars, and black holes that it is incomprehensible to believe that the entire universe was populated by one singularity called the Big Bang.

In a press release titled Does Consciousness Pervade the Universe? this author hypostatized that the universe began with the development of a fundamental unit that is the basic building block of all matter – the atom. Over an undetermined period of billions or trillions of years, the atom and its sub-particles appear to inherently possess a consciousness to evolve matter with a purpose to create intelligence that can reach out to understand its creation – the universe. This hypothetical idea that matter, created by atoms that determine inorganic and organic outcomes that assumes higher levels of consciousness may have some merit because we are proof as thinking products of our universe. This article may be accessed via the link:

A Persian author, poet, philosopher, and great Islamic historian and scholar, Anwar Shaikh, wrote that consciousness is an inherent force in organic matter. Born in Gujrat, Punjab, India, Anwar lived between the years 1928 and 2006. His thoughts on consciousness and quantum physics compliments this author’s idea about the beginning of the universe, namely, “Everything has a beginning, even the cosmic universe”. But does consciousness have an ultimate goal in the creation of life-forms to serve a purpose?

Anwar rationally wrote, “Since consciousness means cognition or knowing, there must be something worth knowing. Therefore, eyes have a multiple purpose; firstly, to play a definite role in the evolution of consciousness, and secondly, to know the world around us. From this conclusion, it also follows that the world or cosmos has a purpose: it wants to be known; it aspires to be conscious of itself. This seems to be the entire purpose of consciousness. Since man is the cosmic baby, he happens to be the medium for the universal consciousness.” These perceptive thoughts by Anwar Shaikh were transcribed from his fourth book, Chapter 12, titled Mind and Matter, Cosmic Purpose. It may be viewed via the link:

Anwar Shaikh is to be applauded for his philosophical conclusion because he has delved into the science of quantum physics that reveal fundamental particles evolved the atom, the building block of inorganic and organic matter. A perceptive philosopher, he has presented another aspect of consciousness. He wrote, “If we delve deeper into consciousness, it transpires that it is the apex of evolution. Without it, existence or non-existence of the universe will not matter. A thing may exist but it is the knowledge of its existence which gives it a proper valuation. The universe obviously wants to be recognized, otherwise consciousness will have no meaning because whatever man sees, feels, senses or perceives relates to the universe; man himself is a part of it. Therefore, human consciousness belongs to the universe. More properly, the cosmos evolves man for the sole purpose of seeing, feeling, sensing and perceiving through him. Thus, man ranks as the cosmic baby with a special purpose. What is this purpose of man?”

This author attempts to answer Anwar’s question with a philosophic imperative, a command given to us by a man of God – love one another. It is through love that mankind will be able to reach the highest levels of integrity and truth that enables mankind to make sound decisions. It is a command that has evolved with the highest regard for truth as illustrated by the Figure herein of Isis presenting the symbol of Truth to Nefertari. This attribute was conceived by the ancient Egyptians and presented in the book, Future of God Amen. A free read of this book is available via the link: 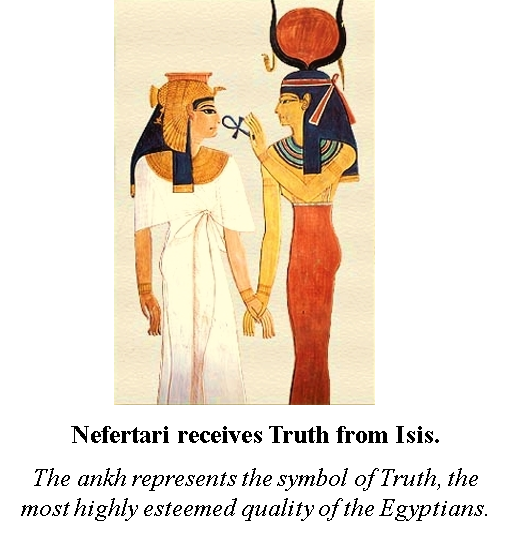 Truth depends on the ability to love one another, to listen with objective reasoning that sustains a compatible relationship with others. It is this attribute that is inherent in consciousness; for it instills a reproductive desire in all organic life forms to promote their existence. Can love for one another be the evolutionary purpose of Consciousness? To attain the apex of development that is the crown of being, consciousness may have as its purpose the ability for intelligent organisms to love all life throughout the universe.

This apex or purpose of consciousness is challenged today by a religious ideology that has, since its inception, caused bigotry, hatred, violence, and the killing of people. In the Qur’an, verse 9:33, the belief that Islam is the Religion of Truth and that Allah may make it prevail over every other religion has caused armies of Muslim fundamentalists to destroy many civilizations in efforts to subjugate people to follow Islam. People around the world need to be conscious of this regressive ideology. They need to come together to educate misguided Muslims by revealing that the Qur’an needs to be revised by advocating the greatest command given to man – love one another. Why and how people around the world can assist Muslims to develop the consciousness to love one another by revising the Qur’an is presented in an article titled, Worldwide Communication Will Expose the Quran. It is available on the Internet with an Internet search on the title.

In closing, the purpose of man is the will of Consciousness to propagate with the beautiful attribute of love inherent in all living entities; it is enjoyed in the reproductive ability of all organic life. It is based upon on the greatest philosophical imperative of all – love one another. By doing so, mankind may exist long enough to someday find there are other living entities in the universe that have also learned to exist and survive by acknowledging the attribute of Consciousness – love.

Comments are welcomed and will be responded to.