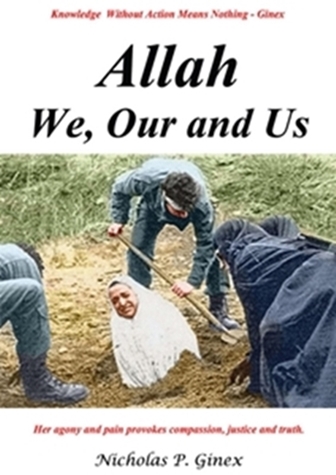 To END Islamic terrorism and destruction of our planet, the QUR’AN MUST BE REVISED with God’s Greatest Command – LOVE ONE ANOTHER.

Failure of Muslim religious leaders to revise the Qur’an will confirm that they are intent to make Islam prevail over all other religions with an objective to dominate the world.  From the beginning, Muslim leaders have used the Qur’an as a manual to cause terrorism and the death of millions of innocent lives to establish an Islamic Empire.

After the death of the prophet Muhammad in 632 CE, Islamic armies conquered many lands to become an Islamic Empire by 750 CE.  Muslims conquered the Byzantine and Persian empires, and along the Mediterranean, captured Christian lands as far west as Spain. They conquered all of North Africa, which included its east coast down to the island Madagascar.  This conquest extended further east to the northern half of India.  As with all conquered countries, Muslim leaders not only obtained the wealth of other countries, but they received ransoms to allow their captives to live or kill them for not accepting Allah in accordance with the Qur’an.

Muslim leaders were first to declare war on the newly formed United States (http://www.reformation.org/islam-versus-us.html ).  They were seated in Morocco, Algeria, Tunisia and Tripoli, which lie on the northern coast of Africa.   Morocco pirates seized a U.S. ship off the coast of Spain in 1784 to obtain its merchandise and demanded ransom for the captured sailors.

Bound to Qur’an dogma, Islamic religious leaders indoctrinate Muslims with the beliefs that Islam is the “Religion of Truth” and that Allah will “make it prevail over every other religion” (Qur’an 9:33).  The Qur’an authorizes Muslims to fight any people that do not believe in Allah nor the Last Day (Quran 9:29).  The novel, Allah, We, Our and Us provides unaltered verses from the Qur’an that substantiates why Islam was NEVER a religion of peace from its inception.

People around the world need to learn that it is Qur’an dogma that infects Muslims to become bigoted, hate people of other religious beliefs, and will kill those who will not accept Allah.  As throughout the past, we witness today the intolerance, violence, death and discontent Islamic beliefs have caused in many countries.  The Qur’an is the root and source of Islamic terrorism, and discontent throughout the world.

There is an obvious solution.  The QUR’AN MUST BE REVISED to eliminate all verses that advocate killing those who do not accept Islam and reveal the greatest command given by a man of God – love one another.  This can only be achieved by perceptive, intelligent, and compassionate Islamic religious leaders.  But they may be too indoctrinated to accept that it’s the abominable commands, warnings and admonitions in the Qur’an that incite Muslims to kill people with other religious beliefs.  To learn the history of Islam, its beliefs, and many abominable verses in the Qur’an, a FREE read of Allah, We, Our and Us is provided on:

WHAT EVERYBODY NEEDS TO KNOW.

>> Many suras in the Qur’an were written by a party of men that abrogate and rewrote commands of God (Allah, We, Our and Us, 3.3.4).

>> The Qur’an is definitely not the words of Allah – it is a human-made scripture which Muhammad simply passed up as Allah’s final words to mankind. Written by Abul Kasem, November 20, 2005 in an article below:

>> The Qur’an 9:33 proclaims Islam will prevail over all other religions.  No other religion makes such a claim (Allah, We, Our and Us, 1.1).

>> Islamic religious leaders MUST revise the Qur’an.  History proves Scripture can be revised (Allah, We, Our and Us, 9.4).

>> If Muslim leaders fail to revise the Qur’an, then Muslims must replace them with compassionate, understanding and perceptive leaders (Allah, We, Our and Us, 9.5).

>> The Qur’an is used as a manual to indoctrinate the minds of Muslims with an ideology that runs counter to the American Constitution (Allah, We, Our and Us, 4.3.1).

IF THE QUR’AN IS NOT REVISED:

>> To NOT revise the Qur’an to incorporate LOVE ONE ANOTHER, then America MUST shut down mosques and prohibit Islam as a religion in the United States.

>> To NOT revise the Qur’an, its abominable verses will cause Muslim extremism to ALWAYS EXIST and discontent will prevail throughout the world.

>> To NOT revise the Qur’an, the inevitable alternative for countries around the world is to exclude the religion of Islam within their lands.

Dr. Ahreeman, university professor, political journalist, philosopher, and expert of Islamic history has hosted on his international Iran Politics Club website three books and many articles written by Mr. Ginex.  People who desire to learn about Islamic history, what the Qur’an contains, and the extent of the on-going threat of Islamic extremism must visit:

Comments are welcomed on www.nicholasginex.com. Muslim religious leaders and others who disagree with the conclusions in this article or content in the book, Allah, We, Our and Us, are welcomed to write their reasons in the comment section below.

Allah, We Our and Us book trailer, http://youtu.be/Yi115JZsos4

A Press Release for this article may be read on the following link: