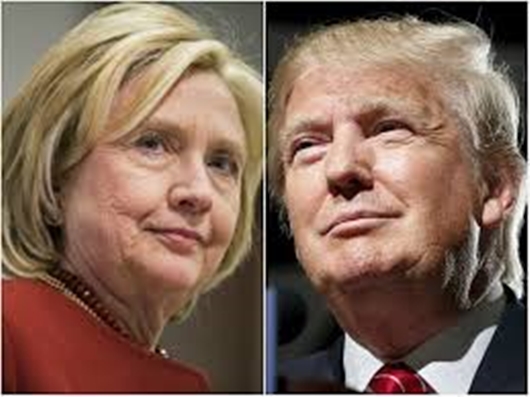 This article informs Americans of the political issues before voting in the most important presidential election in U.S. history.

Americans will choose between two volatile and disliked candidates, Hillary Clinton and Donald Trump.  Hillary reflects the policies of the Obama administration while Trump offers a new direction that challenges the political establishment and corporate big businesses.   So, what are the political issues offered by each candidate that will affect the direction of our country?

Taxes. Hillary will raise taxes that will affect the high 1 percent and the middle class to fund government programs supported by the Obama administration.   Whereas Trump will reduce taxes for large corporations and small businesses allowing them to grow their companies and create jobs.

Donald Trump wants a hold on migrants from Muslim-majority countries until there is a secure vetting process that insures the safety of Americans.  Additionally, Trump will build a wall along much of the Mexican border to employ positive identification and tracking of those that enter the U.S. to apply for jobs.

Energy Independent.  Hillary wants to put coal miners and coal companies out of business to preserve the environment.  She opposed the oil pipe-line from Canada stating, “I oppose it because I don’t think, I don’t think it’s in the best interest of what we need to do to combat climate change.”  Trump wants to make America energy independent by using all energy resources in the U.S. to create American jobs and stop the outflow of American dollars for foreign oil.

Obama Care.  Hillary Clinton supports the Affordable Care Act which has doubled premiums by 50%. Medical costs for businesses have decreased full-time employment to part-time.  As many as 27 states no longer sell exchange plans for Obama Care. Last year, UnitedHealth lost about $475 million on the exchanges and projects $500 million in losses this year.

Donald Trump will repeal Obama Care and replace it with an open border system where medical facilities will offer competitive and reasonable rates tailored to an insurer’s needs.

Preserve the U.S. Constitution.  Donald Trump has vowed to nominate conservative judges to the Supreme Court to ensure that the rights of Americans in the U.S. Constitution are preserved.  Hillary seeks to appoint liberal judges to the Supreme Court.  One of her objectives is to minimize the use of guns by U.S. citizens, which lessens Americans to protect themselves and their country.

Jobs and Rebuilding America.  Donald Trump promises he will rebuild our roads, airports, bridges, and many cities lacking safety and educational standards, especially in the Black and Mexican communities.  His business experience to negotiate with companies within the U.S. and around the world will greatly improve business contracts so that American jobs comes first.  Hillary Clinton has no real-world business experience that Trump possesses to create jobs that are so sorely needed around the country.

Character Assassination.  Hillary Clinton spends millions of dollars on negative media ads at a rate of 15 to 1 to discredit Trump’s reputation.   Where did she get millions of dollars for negative ad campaigns?  WikiLeaks disclosures reveal that Hillary has become a multi-million-dollar woman through many donations to her foundation while working as Secretary of State.  She received donations from foreign Muslim countries and corporate business leaders vying for lucrative pay-to-play deals.  Are Americans willing to put a woman in office who got rich not by working but by corrupt dealing with corporate and foreign leaders?

Lies and Corruption.  Hillary Clinton lied to the FBI about the 33,000 e-mails she had deleted.  She destroyed her in-house servers, a dozen I-phones, and deleted confidential, secret, and top-secret e-mails AFTER receiving a subpoena requested for an FBI investigation. Workers have been fired from their jobs for 1/10th of Hillary Clinton’s security offenses and many put in prison for the classified security violations she committed.

The Benghazi Fiasco.  Hillary is culpable for the deaths of four Americans in Benghazi for not providing the needed protection requested in many e-mails and lied to Americans about the Benghazi terror attack by blaming it on a YouTube video.  With certainty, the e-mails requesting needed support in Benghazi were destroyed as part of the 33,000 e-mails deleted.  The Select Committee on Benghazi and FBI investigations were compromised because of the deleted e-mails.

Collusion and Media Bias.  Will most American voters be fooled by News Media bias, big corporations and the governing establishment?  Just several weeks before the last presidential debate, sexual offenses that were decades old were heaped upon Donald Trump by the News Media at a rate of 24 to 1 while ignoring far worse damaging WikiLeaks disclosures, lies and corruption by Hillary Clinton.  If Americans accept collusion and corruption from the White House, State Department, FBI, corporate big business and the biased News Media, the integrity and morality of America will fall to its lowest level.

>>> American voters need to redirect the deteriorating course of our country and vote for Donald Trump to Make America Great Again.  The alternative is to elect Hillary Clinton, the most dishonest and corrupt person to run for the presidency.  In the Nov 8 election, the American people will have the opportunity to overcome the status quo of government corruption, judicial collusion, and the defeat of media bias. <<<

Comments to this article are welcomed via nickginex@gmail.com and will be responded to.
Thank you, Nicholas P. Ginex