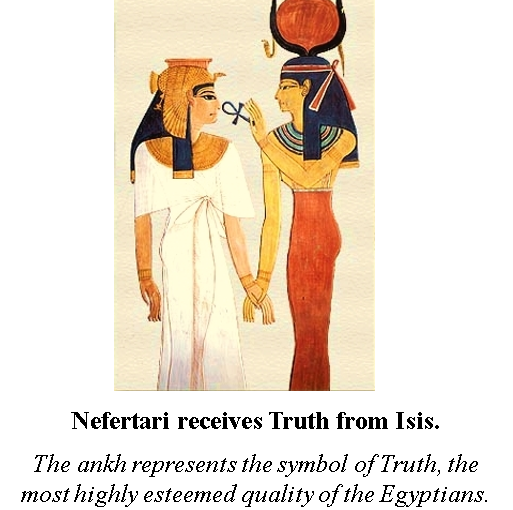 The opening paragraphs below originally appeared in my first self-published book titled, Legacy of a Father.  It was my first attempt as an author and it became the progenitor of three books that followed: Future of God Amen, AMEN, and Allah, We, Our and Us.   The following paragraphs are presented because they reflect my desire and passion to reveal the development of three major religions and how mankind conceived the belief in one-universal God.  Overviews and book reviews are presented on website:

The evolution of our belief in one God is a very sensitive topic.  For the open-minded reader, this book will take you on a journey that will increase your knowledge of the past and help put into perspective the relationship you may now have with your own personal God.  To religious leaders, priests, ministers, rabbis, imams, mullahs and devout worshippers, this book offers a challenge to accept each other’s religious traditions and open your institutions to each other with friendship and love, for in reality, we all worship the same God.

Initially, I set out to write this book for my children, Karen Beth, Alisa, Lori Gweyn and Linda Diane.  As a father, I felt obligated to leave them with many of my personal thoughts about God.  In my youth, I met some young women who harbored a sense of fear and were constrained to react favorably to a kiss.  They received such a strict religious teaching that it was largely responsible for their frigid response.  To ameliorate this fear-induced reaction, my wife Diane and I tempered our girls’ strict Catholic instruction with a common sense upbringing that prepared them for worldly experiences.  Religious instruction that promoted a sense of morality for our girls was important to us, but we knew we could not control the spiritual aspects of their beliefs because we felt that every individual develops a personal conception of God based upon intellect, sensitivity, and experience.

It did not take long for me to learn that I was on a mission to write not only for my daughters, but to share the knowledge I acquired about the evolution of God with others.  Below are the many reasons that have motivated and energized me to write this book.  I have no hidden agenda.  My desire is to have all people from our different religious institutions, leaders and worshippers alike, accept and honor each other’s traditions and beliefs.  It is my hope that by acknowledging that we all pray to the same God, we may succeed in putting aside our differences; enjoy each other’s traditions; and even attend each other’s houses of worship.

The challenge will be hard for many of our religious leaders, who are more used to making war against those with different religious opinions than they are used to sitting down and breaking bread with them.  However, they have the power to bring together all God’s children and thereby truly fulfill their professional mission.    This challenge does not stop with religious leaders, for it is the millions of their followers who will ultimately control the direction of their religious institutions and determine the course of our future relationships with one another.  This awesome but worthy outcome, discussed in the final chapter, will certainly lead to peace among the religious warring factions now responsible for the murder of people throughout the Middle East and other parts of our world.

1.1   The Allegorical Tree, an Acknowledgement

At the tender age of six, I received my introduction to religion. I was sitting in the second seat of the second row of my classroom in PS (Public School) 121, an elementary school in the heart of Manhattan in New York City.  To my right, hanging on the wall, was a large 2 by 3 foot picture of a tree.  It remained only a tree to me until one morning, Mr. Levy, the principal of the school, visited our classroom.

Mr. Levy, a handsome and charismatic man in his mid-thirties, caught sight of the tree and gave a very intriguing talk about how the Jewish religion was the father of the Catholic and Islamic religions.  He explained that the trunk of the tree represented the Jewish religion, its two prominent limbs the Christian and Islamic religions, and its branches the offshoots into sects and various denominations.  He showed how the major religions branched off into denominations and sects, such as: Protestant, Baptist, Episcopal, Methodist, Mormon, Jehovahs’ Witnesses, Sunnis and Shi’as.  Even Judaism, he pointed out, has several divisions, such as Orthodox, Conservative, Reform and Reconstructionist Movements.   I never forgot Mr. Levy and his enthusiastic talk.

After my auspicious introduction to religious thought, several years later I received a formal indoctrination in the Catholic religion.  In my later teenage years, I attended the services of other religions and became curious about their beginnings.  This interest in various religions encouraged me to listen to rabbis and ministers while serving two active years in the U.S. Army, and an additional year during the Berlin crisis.  Some years later, after graduating with a degree in Electrical Engineering from the City University of New York, I actively read such anthologies as “Man’s Religions” by John B. Noss and, “Man and His Gods” by Homer W. Smith.  Upon reading these books, I became fascinated with the Egyptian religion.  I proceeded to research the spiritual and moral beliefs of this ancient religion by reading, “The Book of the Dead” by E.A. Wallis Budge.

Egypt’s old, tried, and proven religion not only held many of the moral teachings we practice today, but it also provided for the belief in a hereafter and the concept of a soul.  I had often wondered where the concept of a soul originated.  It was gratifying to find that the Egyptians developed this concept.  The Egyptians envisioned two entities that came to be characterized as souls; the ka and the ba.  The ka represented the spiritual force of any sub-stance that also imbued its unique characteristics. It formed the individuality and personality of a person or thing.  The ba represented a spiritual soul that accompanied the ka to the hereafter for judgment and supported it with food and air within its tomb.

Research revealed that Menes founded the 1st Egyptian dynasty about 3400 BCE 1.  Its religion had multiple gods.  An attempt to replace their polytheistic beliefs into one, all-powerful sun-god was made by the pharaoh Ikhnaton (born as Amenhotep IV) who reigned for 17 years between 1375 and 1358 BCE 2.  The Egyptian priests tried to bury this monotheistic belief after Ikhnaton died in 1362 BCE.  However, the belief in one all-powerful God was too strong a concept to be denied.

About 108 years later, Moses capitalized on the concept of one God and walked out of Egypt with a religious following surpassing 600,000 people.  Moses, brought up in the house of a pharaoh, undoubtedly received the finest education, including education in the Egyptian religion.  It would be reasonable to conclude that the sacred writings and prayers of the Egyptian religion indoctrinated Moses and influenced what he taught and wrote.  Prior to Moses, the Jews had neither written scriptures nor written words that extolled the belief in one God.  In fact, Homer W. Smith in his book, Man and His Gods, indicates that the first 5 books of the Jerusalem Bible, or Torah, were not written for use for Israelite worshipers before 750 BCE (500 years after the Moses Exodus from Egypt).3

After learning of the above historical events that linked Moses to Egyptian indoctrination, and that the depth of Egyptian spiritual beliefs developed the concept of the soul and its possible entrance into an eternal hereafter, I concluded that the two by three foot picture of the allegorical tree was not completely accurate.  I now envision a tree that has become more meaningful and realistic.  Below the trunk of the tree, beneath the ground, I see the Egyptian religion as its roots.  That is, it was the Egyptian religion that provided for the conception and initial development of the Hebrew religion.  It became clear to me that it was the Egyptian concept of an omnipotent and unknowable God, the creator of all things, which became the same God of all the monotheistic religions.

This revelation has been largely responsible for motivating me to share my thoughts with you.  You see, I truly believe in giving credit where credit is due.  It is a dishonorable and deceitful act when a person or group uses knowledge gained and does not acknowledge its source.  However, we may be forgiving, since religious leaders may have unconsciously borrowed from our Egyptian ancestors and many may be simply ignorant of the historical development of the ideas they attempt to communicate to their congregations.

The concept of one God, introduced by the unheralded pharaoh, Ikhnaton, was an easy matter for people, be they Egyptians, Jews or other foreigners to gradually accept as a natural belief.  How-ever, the Egyptian priests, except those who believed in Ikhnaton’s revised conception of God, did not eagerly accept this concept.  They resisted this new belief by desecrating Ikhnaton’s tomb and removing his name from all temples and monuments.  This new concept was a threat to their profession. It would nullify the practice of the religious rites and sacred traditions of worship of the many local gods that had already been ingrained in the Egyptian belief system.  In spite of this resistance by the Egyptian priests and the failure of religious institutions to give credit to its origin, the Egyptian roots of our belief in one God must be acknowledged.