Educated, intelligent people of Iran cannot continue to tolerate the repression of their individual freedoms by an archaic ideology founded on the Quran and enforced by Sharia law.

Some of the causes why the Iranian people are protesting against the Islamic Republic of Iran (IRI) have been identified by Dr. Ahreeman in the Iran Politics Club article,

The above causes are symptoms of a fundamental root cause, which is repression of people by strict adherence of religious beliefs contained in the Qur’an. Iranians indoctrinated into the Islamic religion cannot leave this religion without being killed as an apostate. It is fear of arrests, injury or death that has allowed Islam to grow into a world religion. To read an objective and factual history how Islam became a repressive religion, what are the abominable verses in the Qur’an that incite bigotry, hatred, violence, the killing of people who do not follow Islam, and how Islam spreads by the incessant indoctrination of young minds please go to the following link; it presents a FREE READ of Allah, We, Our and Us.

As the author of Allah, We, Our and Us, I was motivated to write about the why Islam is a repressive religion that denies individual freedoms for people to expand their view of other ideologies, engage in acquiring some of the great thoughts of philosophical and freedom thinkers, and challenge the present conditions of a regime that needs many changes to implement a constitutional and democratic government.

The front cover of the book, Allah, We, Our and Us shows the anguish, pain and agony of an Iranian woman about to be stoned to death. It was this photograph that provoked me to join Dr. Ahreeman to fight for justice and truth that must be revealed to all Muslims about the repressive and ugly religious beliefs instilled into the minds of unsuspecting, innocent minds.

To learn why the Islamic religion is a threat to countries around the world, it is necessary to objectively and logically understand the problem in order to solve the problem. A question raised about Islam is, “Why do Muslim extremists force their Islamic religion on people with different religious beliefs?” An answer will help to understand why this prevalent problem exists in order to solve the problem. A problem so encompassing that Muslims will even commit suicide to kill nonbelievers of Islam. 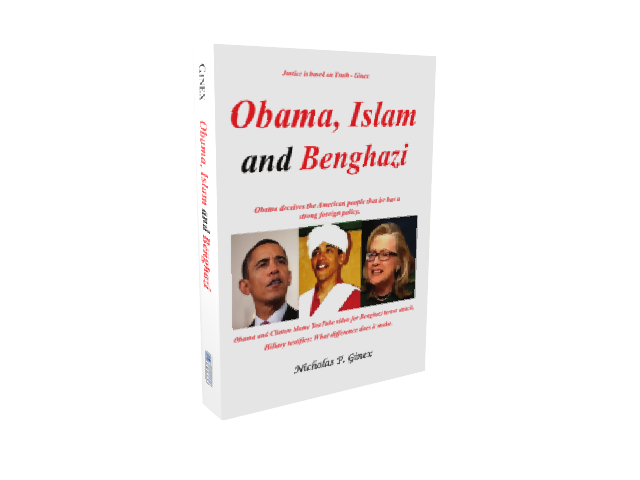 A FREE READ of Indoctrination of the Muslim Mind is provided in Section 5.2 of the nonfiction book, Obama, Islam and Benghazi. It may be accessed via the link:

The Islamic problem has been acknowledged by the Trump Administration. On December 31, 2017, Nikki Haley, U.S. Ambassador to the UN, provided a beacon of light for the Iranian peaceful protests by stating to the world,

In the New Year, our hopes and prayers are with the millions of people who are suffering terribly from oppressive governments in North Korea, Venezuela, Cuba, and especially in Iran, where the long-repressed Iranian people are now finding their voice. The Iranian government is being tested by its own citizens. We pray that freedom and human rights will carry the day.

Nikki Haley’s statement shows that the U.S. will support any uprising by the Iranian people if Iranian leaders will use forceful measures to deny the rights of Iranians to protest and fight for the freedoms enjoyed by Americans.  This position by America is encouraging and much more positive than Obama’s indifference by supporting the Iranian mullahs and imams during the 2009 protests for representative government.

But U.S. moral support is not sufficient.  It must be accomplished by a Public Relations Campaign that reveals abominable verses in the Qur’an. The Qur’an is the root cause for infecting the minds of Muslims to commit Iran atrocities in many countries.  An approach to such a PR campaign is presented in the article,

Education is key to change a flawed ideology that kills innocent people in the name of God. By flooding the Internet with information that exposes the hatred, bigotry, and violence contained in the Qur’an, the flawed ideology of Islam can be revised.

Nicholas Ginex, a perceptive writer of our time, has written books to inform and educate young and mature minds to learn the history of how mankind conceived One-Universal God and how that God has been envisioned by the Judaic, Christian, and Islamic religions.

Readers are invited to read book reviews by highly respected authors by visiting the author’s website at:

This article has been posted by Dr. Ahreeman, founder of the Iran Politics Club website via the link:

In addition, this article has been published on the Internet via the EIN Press Release: