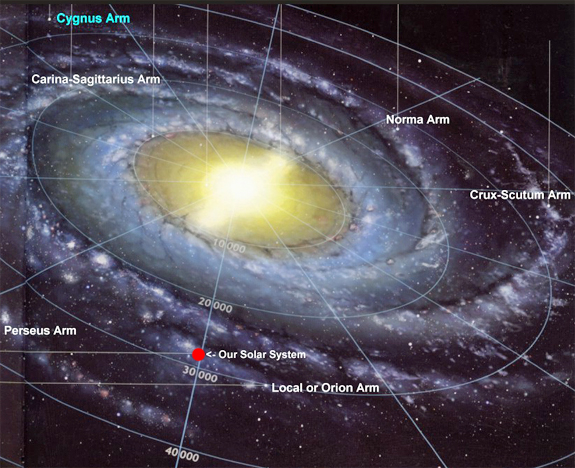 On February 17, 2019, FOX News Channel presented the new TV show, Life, Liberty & Levin.  It is hosted by Mark Levin who is dedicated to exploring America’s culture, politics, and world events to perceive their effects on the lives of its people and the direction of our nation’s future. Mark’s guest was the distinguished Four Star General Jack Keane, the first military official to receive the Peace Through Strength Award at the Reagan Library in California.

Their conversation highlighted possible war threats around the world, but nowhere in their discussion did they speak of, or entertain, the most important technological development of this era- the use of zero-point energy (ZPE).  This was disappointing because informed and forward-looking minds worldwide know that ZPE can be the solution to achieve global world peace.

Even though ZPE technology has been secretly developed and implemented by the military-industrial complex (MIC), it is unreported by the U.S. national news media to inform and educate the American people.  By not revealing the benefits of zero-point energy, it becomes evident that the News Media is financed and controlled by the MIC, a shadow government that intends to maintain its power and wealth by keeping ZPE secret and continue use of bio and nuclear fuels.

Since the joint study of UFOs by American and German scientists after WWII, it has been over 70 years that the military-industrial complex has retrieved UFOs and interfaced with extraterrestrial beings.  In hundreds of deep underground top-secret compartments, military officers, scientists, aerospace engineers, psychologists, corporation and news media members conspired to maintain secrecy in the development of zero-point energy.

Most news media intellectuals are informed and knowledgeable of the benefits of ZPE.  Surely, they would strongly reveal the benefits of ZPE to people around the world.  But what is the problem, what stifles their ability to educate people worldwide about the benefits of zero-point energy?  Could it be that their voices are stifled because the News Media is financed and controlled by the military-industrial complex?

The answer is an affirmative yes.  Zero-point energy technology is the greatest invention of our era that offers the reality of space travel and world peace.  But this reality threatens the military-industrial complex (MIC) from controlling the U.S. economy and wealth.

The News Media is Controlled by the MIC.

The power of News Media fake news to disseminate disinformation and corrupt political views is clearly evidenced by over 95 percent negative coverage of Present Trump in spite of his successes in raising the U.S. economy and increasing jobs across the country.  News media power to shape the minds of people is apparent for they have successfully convinced millions of Americans that UFOs and extraterrestrial visitors are a hoax.

It is remarkable that Mark Levin, a man of extraordinary intelligence has not broached the benefits of ZPE technology to his audience.  There is no question that our greatest and brightest minds on TV shows and other media are fearful of being fired if they are outspoken about ZPE.  They are silenced by a shadow government, namely, the military-industrial complex (MIC), which has undermined our democracy and rule of law to the extent that, over the period of 70 plus years, many of its members have been threatened and murdered to keep their covert operations secret.  These unlawful and corrupt actions are tantamount to criminal offenses that can only be forgiven with amnesty granted to all MIC members in exchange for complete disclosure of all UFO developments that has resulted in the implementation of zero-point energy.

This author apologizes to Mark Levin for having brought up his name regarding the MIC for he has the courage to speak out for the welfare of the American people.  To find if other news media hosts and commentators avoided reporting the reality of UFOs and extraterrestrials, an internet search of news hosts and government officials that reported ZPE came up with no hits.  It becomes apparent that the military-industrial complex is highly successful for silencing TV and news media preventing them to inform and educate the public about extraterrestrials and zero-point energy.

As early as 1961, in a televised farewell address, President Eisenhower warned Americans about the increasing power of the military-industrial complex.  His warning was motivated because the MIC did not provide him with any information or accountability of top secret UFO ET operations with the pretext that he had “no need to know.”

Dr. Edgar Mitchell, a NASA astronaut who walked on the moon as part of the Apollo 14 mission in 1971 was a strong believer in the existence of intelligent extraterrestrial life and claimed earth had frequently been visited by aliens.

In a 2009 interview with the Guardian Mitchell stated:

“We are being visited by extraterrestrial life …I call upon our government to open up … and become a part of this planetary community that is now trying to take our proper role as a spacefaring civilization.”

To this day, the military-industrial complex has not disclosed that zero-point energy is a reality.  The military aerospace sector has developed and implemented interstellar flying objects (IFOs) that can travel into space.  But, unfortunately, the MIC maintains secrecy and control of ZPE depriving humanity of its applications that can benefit whole economies around the world and forfeit the opportunity to learn about the culture, history and technological advancements of extraterrestrial beings.

What are the Benefits of Zero-Point Energy?

People worldwide must demand all IFO space technology, developed covertly by the military-industrial complex, be disclosed to improve their quality of life and enter the new era of interstellar space travel.  Zero-point energy can achieve low cost energy without the use of oil, coal, gas and nuclear fuels that pollute the earth.  The benefits will eliminate poverty and lack of food; wars due to religious and political differences; and sufficient leisure time to grow intellectually and morally – a prerequisite to join intelligent and peaceful beings throughout space.

Availability of ZPE technologies must be allowed for use by all countries in an open, free enterprise system.  It will create many jobs around the world to solve poverty, decrease pollution of our planet, and increase the quality of life for all people.  These benefits, introduced into every country, will eliminate the need for war by any country.  It will allow humans to solve their most important problems caused by religious and educational institutions.  It is our religious institutions and our educational systems that need to be advanced for mankind to live in the new era of interstellar travel.  These two areas of moral and intellectual development, respectively, must be faithfully addressed.  They are presented in the article, Disclose ET UFO Technology.  Please read it.  It presents the need for ZPE disclosure and how people can make it happen.   Go to:

This article began with the Fox News interview between Mark Levin and General Jack Keane.  It energized the writing of this article because it reminded the author of the stupidity, arrogance, and ignorance humans need to overcome for they are focused on poverty, wars, and terrorism instead of taking advantage of the greatest technological breakthrough of our time – zero-point energy.  To eliminate poverty, terrorism and wars, it is imperative that intelligent, perceptive, and peace-loving people get their government leaders to disclose and implement ZPE.  In parallel with ZPE implementation, humans need to advance morally and intellectually to be welcomed by intelligent interstellar life forms and enter the era of intergalactic travel.

Note: The featured photo of our solar system in the Milky Way Galaxy was obtained from: http://iranpoliticsclub.net/features/extraterrestrial-culture/index.htm